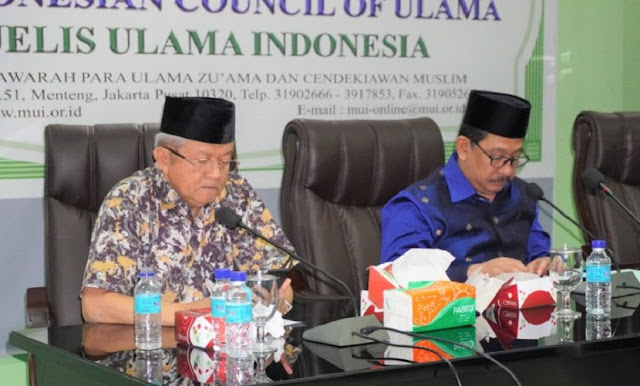 The program began with the best quality in five points including politics, economics, law, education, and religious life in the state container related to the republic of Indonesia and the world.

The activity with the theme "Strategy of the Struggle of Indonesian Muslims to Realize Advanced and Civilized Homeland" was carried out as a manifestation of the practice of Islam Wasathiyyah which became a blessing for all nature.

Chairman of the Steering Committee (SC) KUII VII, Buya Anwar Abbas conveyed, the purpose of KUII VII is specifically to reaffirm the Qibla of the nation.

"In accordance with the ideals of the founders of the nation contained in the preamble (preamble) and the articles of the 1945 Constitution and the teachings of Islam," he said in the Central MUI Building, on Wednesday (12/02).

In KUII VII, he said, MUI also wanted to formulate plans and strategies on how to maximize the role of Muslims in various fields of life, especially economics, politics, law, education and culture.

MUI, said Buya Anwar, also wanted to realize the role of the best Muslims in supporting the noble ideals of the religion of Islam and the management of the state.

He continued, KUII VII is the target to strengthen Indonesian Muslims in guarding the Qibla of the nation. In the direction, national development is always in accordance with Pancasila and the 1945 Constitution.

MUI in this activity also increases the solidity of the role of Muslims across sectors in realizing the benefit of the people and nation.

"MUI has devised the best strategy for the struggle of Indonesian Muslims, along with the development of the digital age which is marked by the reality of disruption and shifting norms," ​​he said. (**)